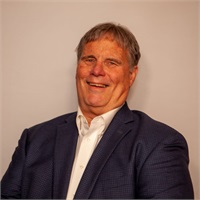 For more than 25 years, the last several with BIRE Financial, Bob has been creatively diversified into tax and financial planning. Bob helps his clients plan to plan their financial goals by using a comprehensive review of nine Wealth Management issues which are critical to their financial well-being. Bob is an Accredited Investment Fiduciary (AIF) and a Personal Financial Specialist (PFS.) As a registered representative of Parkland Securities, LLC, Bob holds multiple licenses in insurance and securities. Bob is a member of the Financial Planning Association.  Bob was nominated by his clients as a Five Star Wealth manager for Philadelphia Magazine.

His CPA activities focus on serving his financial services clients. Bob’s tax and accounting clients have ranged from large multi-national companies to small local businesses and everything in between. Bob earned his Master’s Degree in Taxation from Widener University.
Bob graduated with a degree in Communications from Temple University. At Temple, Bob was the manager of the football team led by Hall of Fame Coach Wayne Hardin. He is a member and Treasurer, of the Triple T Club, an elite group of lettermen. Bob spent his first years after college working in the world of college and professional sports; one of his thrills was working for the Philadelphia 76ers when they won the 1983 NBA Championship.

In recent years Bob has traveled the country volunteering at golf tournaments run by the USGA, the PGA, the LPGA, and the Senior Champions Tours.

Bob has always been a big believer in volunteering and giving back to the community. He has been a director, as well as President, of the Malvern Business and Professional Association and served as an advisor to the Penn State Great Valley Small Business Incubator. Bob was active as a volunteer in the Great Valley School District and also served on the boards of several youth sports groups as well as on the Finance and Golf committees at his golf club. Bob and his wife, Nancy have lived in the Malvern area for more than 30 years. Their three children, as well as their five grandchildren, all live in the area; each of their sons has worked with Bob in the office in recent years. Bob is a Philadelphia sports fanatic. Besides still being involved with Temple University football, Bob was an Eagles season ticket holder for more than 40 years while at times owning season tickets to the other four major sports teams. Bob still believes that his golf game would improve if he could find time to practice; as reality sets in, Bob spends more time these days with his grandchildren than on the golf course.